The North Country Cheviot Sheep Society held its Annual General Meeting on Saturday 14th November 2020, due to Covid 19 this year’s AGM was held via Zoom video conference, however, this did not stop a good turnout of some 50 plus members. Melfyn Williams, Pengroes now takes the lead role as President of the Society for the coming two years & looks forward to the challenge of finding new & exciting ways to promote the breed, especially focusing on the two distinct types & the benefits of each for today's market place.
Melfyn, alongside his dad, John Huw & now his son Joe, has been involved in the society for 40 years - he has watched the breed grow in popularity, particularly in his home ground of Wales where the benefits of not only breeding pure but also crossing with the 'Northie' over traditional welsh breeds are continuing to be seen. 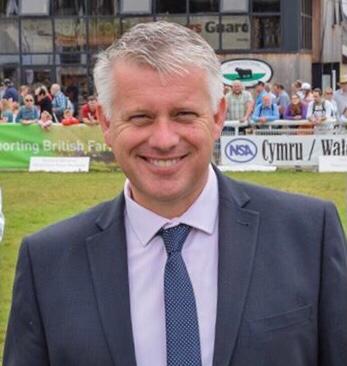 Melfyn is not the first President the North Country Cheviot Sheep Society has had who has lived in Wales, previously David Pittendreigh was president in 2009-2010, but he is the first Welshman & this is welcomed with now over 75 members the Society has in Wales.
With the breed increasing in popularity throughout the whole of the UK in recent years, the job of President is no easy task and  Melfyn hopes he is ready for the next two years.

Joining Melfyn at the helm will be Robert MacDonald as Vice President - Robert, who's Castle Grant flock of Hill North Country Cheviots was established in 1982 on the Isle of Skye & later moved with him to Granton-on-Spey in 1997 where he now lives, has previously been on the Society council.

Robert is also looking forward to the challenges of the coming years, he can see the popularity of the breed, which is a true all-rounder, continuing especially with many people looking for easier managed, lower input systems following Brexit. Robert feel the 'Northie' could fit the bill for many farms, with so many differnt options to consider. 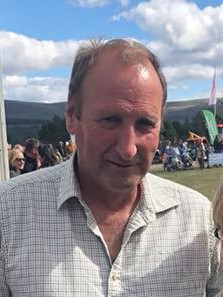 Ending his time as President, George Cormack commented on the difficulties of the past year due to no events taking place where we would normally have been able to showcase the breed, however due to the great efforts of the auction companies & their staff we had still had a strong autumn sales period with demand for quality stock remaining high.
George thanked all the Auctions who had managed to balance the safety of their staff, buyers & vendors while still maintaining a live sale system - it had not been an easy year but they had all done their best & this was noted & appreciated by all.

George was disappointed not to have been able to travel this year to meet more members further afield however he is confident the Society has pasted into capable hands & wishes both Melfyn & Robert the best of luck with their appointments.