The Inaugural sale of In-lamb Ewes & Ewe Hogg's was held at Monmouthshire Livestock Centre on behalf of the North Country Cheviot Sheep Society on Saturday 29th January 2022, a quality entry of females was ably judged by Mr Carwyn Harries, Ty Uchaf who found his pre-sale show champion in an aged ewe from Mr Ben Baker, BB Flock.
A Humbleheugh bred 2 crop ewe, in lamb to Sebay Buccaneer who was purchased in September from the Quoybrae Sale, she later sold for £819 (780gns) joining the Muddy Plox Flock of Miss Daisy Williams.
Reserve Champion honours went to a Ewe Hogg from the Muddy Plox Flock, a powerful hogg sired by Smerlie Archie, who was purchased from Lockerbie in 2020 for £6500, she stays in Wales to join the Brefi Flock of Mr Gwynne Davies, selling for £441 (420gns). Second highest price of the sale was the first prize shearling from Mr Gareth Hughes, Glan-Ithon Flock, scanned in lamb to Bardnaclavan Bullet, again a purchase in September from the Quoybrae sale, she heads off to South Wales to join the Talsarn Flock of Mrs Catrin Price. 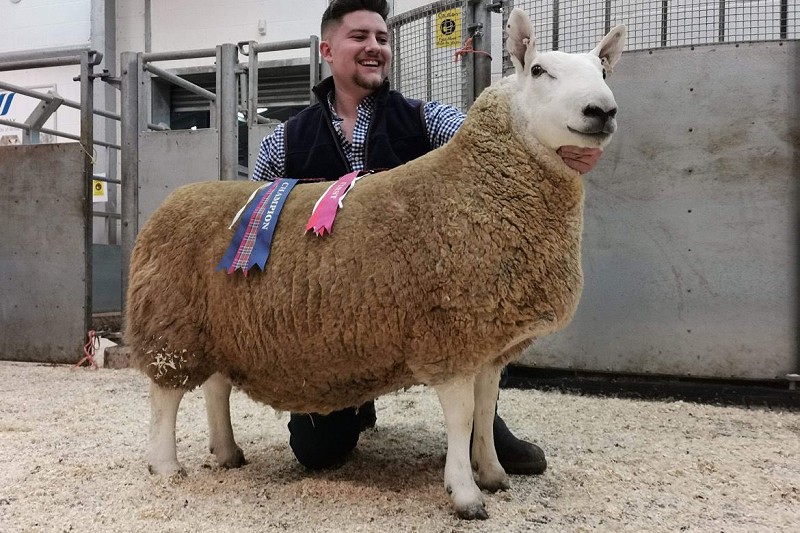 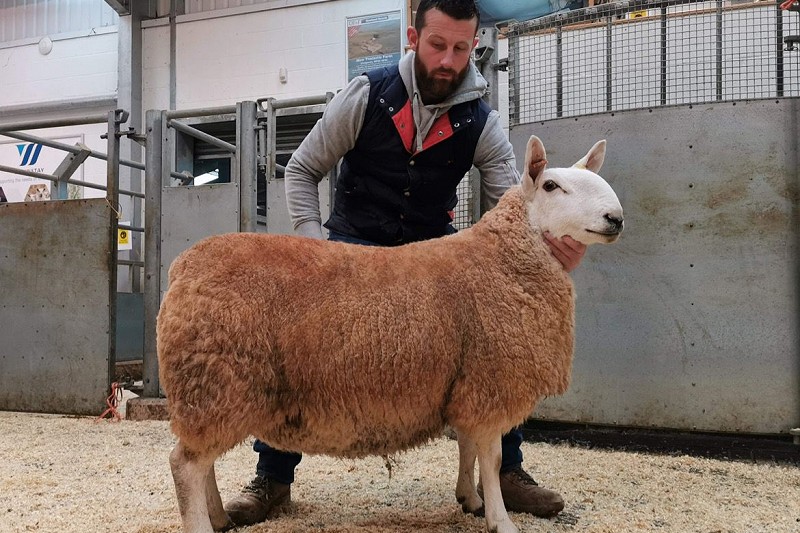