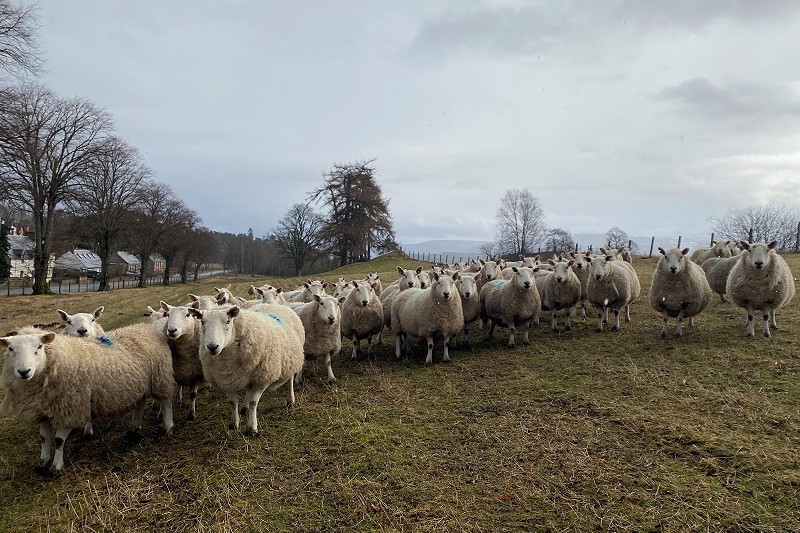 Introducing the North Country Cheviot breed to a hill and upland unit in the Scottish Highlands has been one of the best decisions made according to farm manager Gerald Joyce, who made the switch from the rival Blackface five years ago.

Situated 40 miles south of Inverness and nearby to the busy A9, Gerald manages the 7000-acre Balavil Estate, Kingussie, alongside shepherds James MacLean and Geordie Wemyss.

The team has built up a flock of 560 North Country Cheviot Lairg-type ewes under the Balavil House Farm prefix, after sourcing some of the best bloodlines in the country at breed sales held at Lockerbie and Lairg.

“Introducing Cheviot ewes has honestly been the best decision yet and I have Rod McKenzie from Muirton to thank for this as he was the one who pushed me to try them,” said Gerald.

“We used to keep Blackfaces as well but with the current farming policy, the sheep have to come off the hill for a certain time in the winter and we found that the Blackies always struggled when they came back to the low ground.

“The Cheviots just seem to adapt to change and their mothering ability is second to none, producing plenty of milk and easy fleshing lambs.”

It was ewe hoggs from Lairg that were the first Cheviots to run on the hills at Balavil, before being accompanied by the best of stock ewes which includes ones from the well-known Whitehope flock.

Noted stock tups have also been purchased at Lockerbie, most of which have come from Whitehope and Stouphill.

Gerald likes to buy powerful stock tups and believes they should have plenty length to breed a good commercial sheep for the hill and produce plenty of meat for the table.

He said: “This is a really hard hill farm – the land is tough and the grass is pretty much non-existent so the fact the Cheviots can still perform well says it all really. To utilise the hill ground, we are doing the opposite to most farmers and try to breed more single lambs than twins so that we can make the most of the tough ground.

“We don’t flush the hill ewes before tupping but they still manage to produce good scanning results, with this year’s stock ewes at 172% and hill ewes at 145%. We are still working on getting the correct balance on the hill ewes.

“It’s worth pointing out that Cheviots are often associated with producing too many hung lambs but I think this has a lot to do with nutrition and not the breed itself.”

All the ewes are lambed in the in-bye parks which takes place from the first of April onwards, with singles fed hay and lick buckets only prior to their due date and twins introduced to Harbro Premium Ewe rolls six weeks beforehand.

Gerald and team aim to have the ewes with single lambs marked and back out onto the hill as soon as possible, whilst the twins stay down until later in June. The majority of the sheep work is done out on the hill in the fank, with stage treatments given for the control of ticks and the entire flock dipped in September by a contractor.

The majority of the lambs bred at Balavil are sold through the prime ring at Huntly Mart however, a top draw of 20 or 30 whether lambs are sold at the first sale at Lairg in early August.

“We move the fattening lambs onto stubble neeps and brassicas at the end of October, with the first lot away to Huntly before Christmas,” said Gerald, adding that prime lambs have averaged £120 over the season. 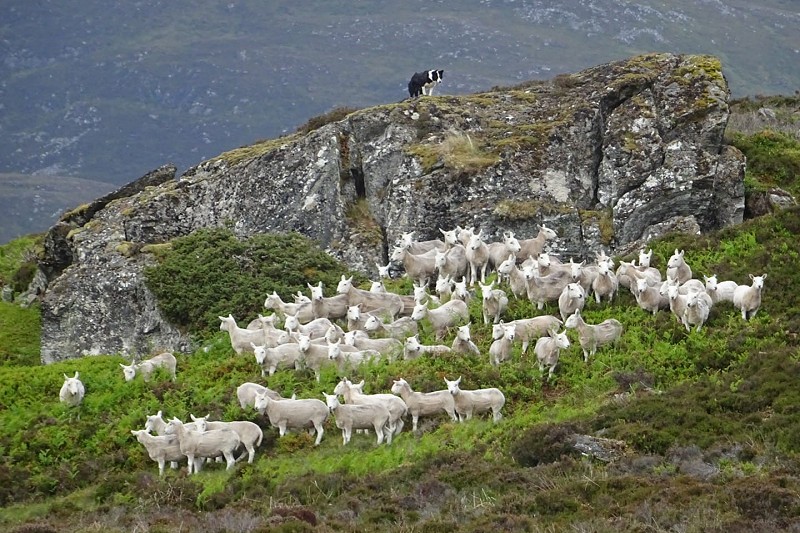 “Our aim is to have all lambs sold by the end of March before lambing takes place and we usually meet this target. The Cheviot lambs flesh well as we are putting lambs away comfortably at 46kg and we receive good compliments from the buyers, purely on the length and carcase quality of the Cheviot.”

In years gone by, Balavil has been tupping cast ewes to the Bluefaced Leicester to produce Cheviot Mule gimmers for selling through Huntly in September, where last year they sold to an average of £182 per head.

Although this has been a viable market for the estate, Gerald has decided to now sell draft ewes through Lairg to keep the flock at a manageable size for the farm and due to growing demand for older ewes at breed sales.

A handful of registered tup lambs have also been kept on to be used at home, with hopes to sell them as two-shears through the sale ring.

Gerald concluded: “After buying in some top bloodlines and building up quality quickly, we are hopefully on our way to a closed flock after this year. It takes time to acclimatise any breed to a new environment but we were so impressed with how quickly the Cheviot adapted.

“This is a breed fundamental to the sheep industry and they meet all the requirements of a hardy, productive hill ewe.” 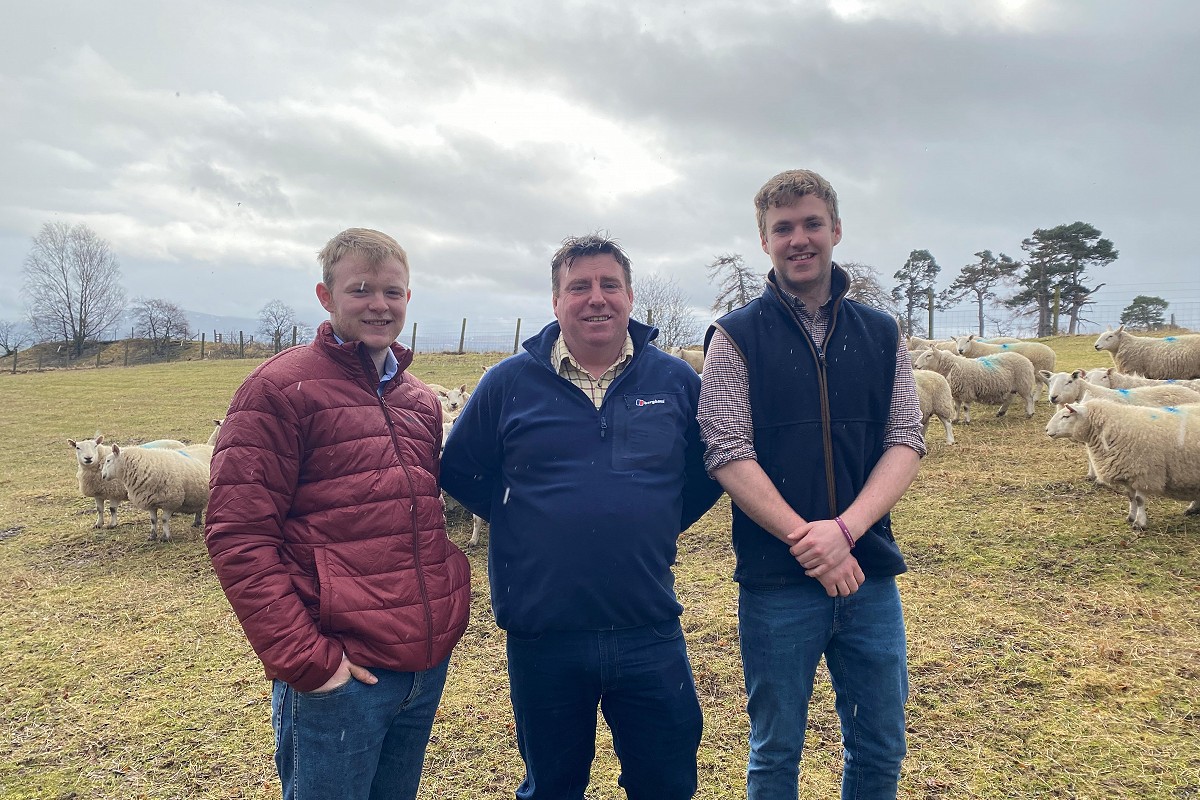