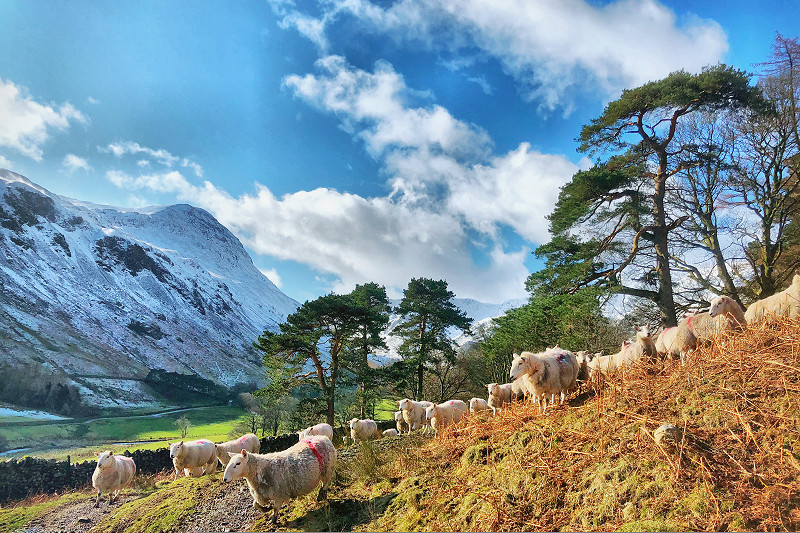 Moving to North Country Cheviots has proved a success for the Iredale family at Greenbank Farm & a decision the family haven’t regretted. Farming at Greenbank in the heart of the Lake District near Patterdale isn’t the easiest existence, with land going up to 3000ft on Helvellyn & St Sundays the sheep have to be hardy to survive let alone thrive but that is what the Iredale’s have found the North Country Cheviot is capable of here.

Tom, 33 & Charlene farm alongside Tom’s parents Peter & Beverly, they are the 3rd generation to farm here & with young family themselves are keen to show the next generation a great way of life. Farming 1450 sheep across two farms, mainly North Country Cheviot with a smaller number of Swaledales, Texel’s & a crossing flock, the family all agree the change to Cheviots some 20 years ago was the right decision. Tom say’s ‘we used to farm Swaledales & Herdwicks but as a commercial flock of sheep they weren’t paying the bills.’ The decision was taken to buy Northie rams from Lairg & Dingwall, crossing them over the existing flock of ewes giving them a finished lamb which was worth more & gradually moving the flock to Cheviot over time. 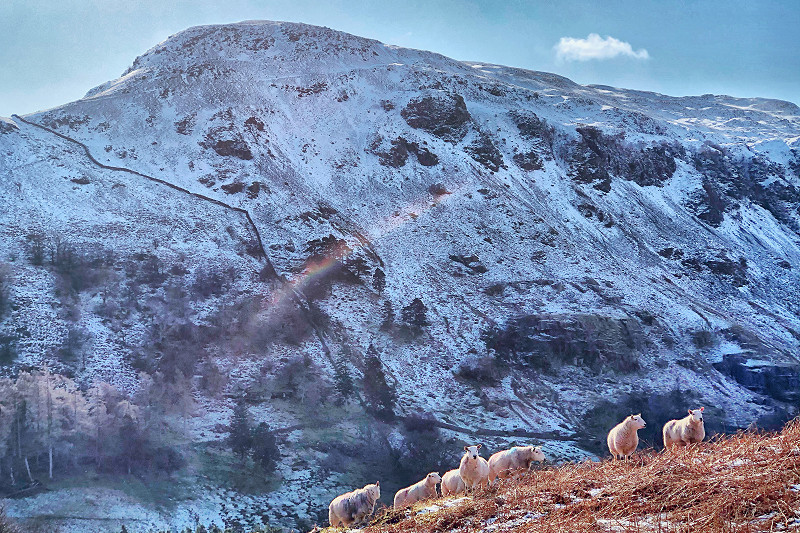 They now run a pure flock of 950 Northie ewes & are in the 3rd year of breeding rams which they have sold at Lockerbie, Draft ewes are also sold through the same sale with some being retained to cross with either a Beltex or Texel for a good finished lamb to sell through the local auction at Penrith. Tom explains how they like to run the majority of their lambs onto the New Year, selling right through to March with lambs averaging 40 – 45kg live weight, last year their lambs sold to average 200ppk & this years are looking like they’ll be 220ppk with the recent increase in trade.

Tom says ‘We find the Northie ewe to be very hardy, a real versatile sheep which can really do well on the Cumbrian fells, this year the home wintered ewes have scanned at 147% with those wintered away at 159%’ Tom explains that even at lambing time they find the cheviot ewes are less work ‘We find that lambing the Cheviots is very easy – she doesn’t like much interference & will generally get on with it herself, with the lambs getting straight up onto their feet & away’

The Iredale family firmly believe the change to North Country Cheviot sheep has been the right decision for them & could see benefits for many other breeders in crossing them to produce a lamb for todays’ market, as well as a hardy ewe capable of surviving the harsh landscapes of the fells.