The Annual sale of In Lamb females took place at Lockerbie Auction on Saturday 10th February 2018, with a large number entered the judge – Mr Stuart Anderson, Symington had a difficult job in front of him but capably went on to place a two shear ewe from the Broomhillbank flock Champion in the Park section & a Kelso gimmer in the Hill section, this gimmer was sired by Bedshiel Rockall & in lamb to Kelso Vicechancellor, she went on to be sold for 1100gns which was the leading price in the Hill section & heads north to Inverness for Messrs MacKenzie.

Top price in the Park went to a one shear from Hownam Grange, sired by Philiphaugh Shotgun & in lamb to Synton Vesper selling for 1800gns to James Burton, Ilamtops. The Hownam Grange pen also took the second highest price on the day for the Reserve Champion at 1600gns, a Gilston 11532 sired one shear who sold in lamb to Synton Vesper & joins the top price female in the Ilamtops flock.
With plenty of interest & a busy ringside throughout the sale, a second at 1100gns was from the Linburn flock of Martin Taylor, sired by Ericstane The Real McCoy & in lamb to Belmaduthy Superstyler she joins the Ashfields flock of Ashley Rushton.
Two entries sold for 1000gns, the first from the Carruthers flock, a gimmer sired by Gospelhall Strongbow sold in lamb to Philiphaugh Tam O’Shanter & is another join the Ilamtops flock of James Burton. Second at 1000gns was the first prize ewe lamb from Keith Stones, Nun Cote Nook, sired by Allanshaws Nutter she joins the Ormerly flock of D Beech. 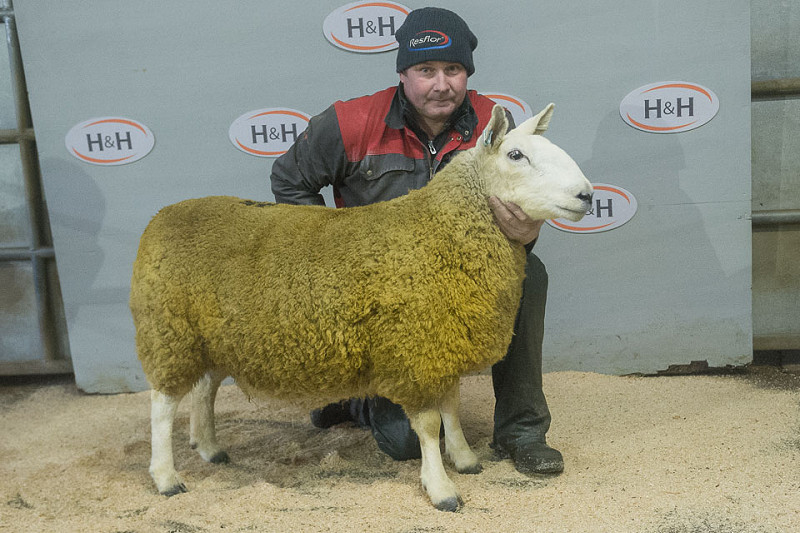 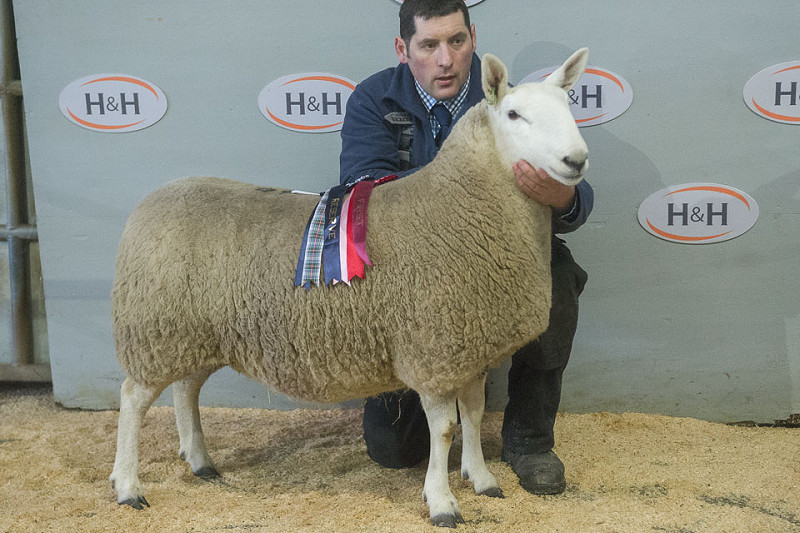 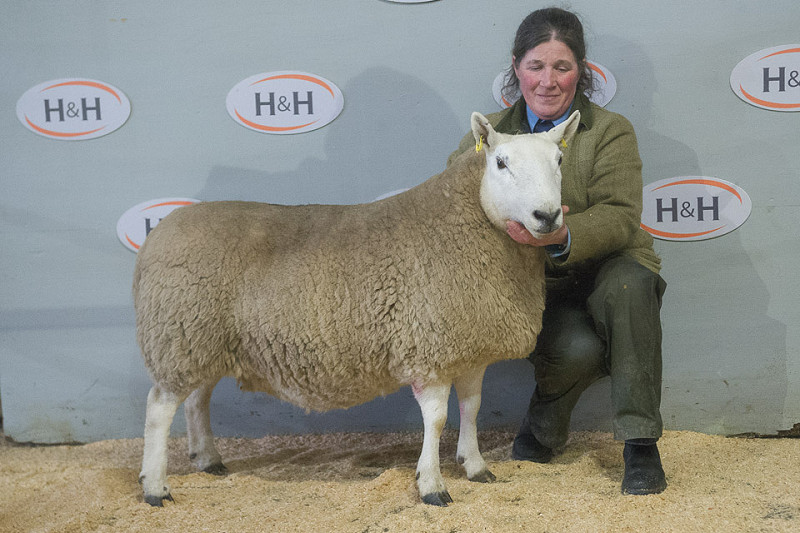