Leading the trade at £4100 was Bardnaclavan Xanadu, the first shearling through the ring from Johnnie Campbell’s 150-pure ewe flock at Bardnaclavan, Westfield, Thurso.

By the privately purchased Allanshaws Tank, he is out of a home-bred ewe by Smiddyquoy Freelander, and stood reserve male champion at the Royal Highland Show. The buyers were the Barclay family, Harestone, Crathes, Banchory.

The same home then received £2200 for Bardnaclavan X Boyfriend, when sold to George Cormack, Wester Dunnet, Thurso. This shearling is by Sebay Vermount, out of a home-bred ewe by Allanshaws Silverstar, which stood second in her class at the Caithness County Show.

Later in the sale, Mr Campbell sold his female champion for £1400 to JS Armstrong, Leam House, Enniskillin, Co Fermanagh. By the £1400 Durran Thunder, out of a home-bred ewe by Allanshaws Silverstar, this gimmer stood second in her class at the Highland.

James Mackay of the 50-ewe Biggins flock near Killimster, Wick, sold his overall champion for £4000 to Messrs T Sinclair, Reaster, Lyth, Wick. This was Biggins Xyler, a shearling by Smiddyquoy Ransom, out of a home-bred ewe by the £4500 Bardnaclavan Champion.

Mr Mackay’s reserve champion, a shearling named Biggins Xach, sold down to Wales for £2600 with M Thomas, Knowle Farm, New Radnor, Presteigne. Reserve champion at the Black Isle Show, he is by Overton Wizard, out of a home-bred ewe by Biggins Samson.

Dearest was Smerlie Xtreme, a shearling by the £3000 Allanshaws Sensation, out of a home-bred ewe, which sold to James Baillie and sons Hamish and Balfour from Sebay, Tankerness, Orkney.

The other was a similarly aged ram named Smerlie Xavier, by the £3800 Upper Cornquoy Trademark, which was knocked down to Charlie Angus, Oldfield, Thurso.

On the other side of the coin, the Baillie family from Sebay, sold two shearlings for £2000 apiece.

First at this money when purchased by Findlins Farm, Hillswick, Shetland, was Sebay Xtra Special, by Nistaben Wonderboy, while the other Sebay Xcitable, by Wester Trouble Maker, sold to J and M MacDonald, Tormore, Dunbeath. 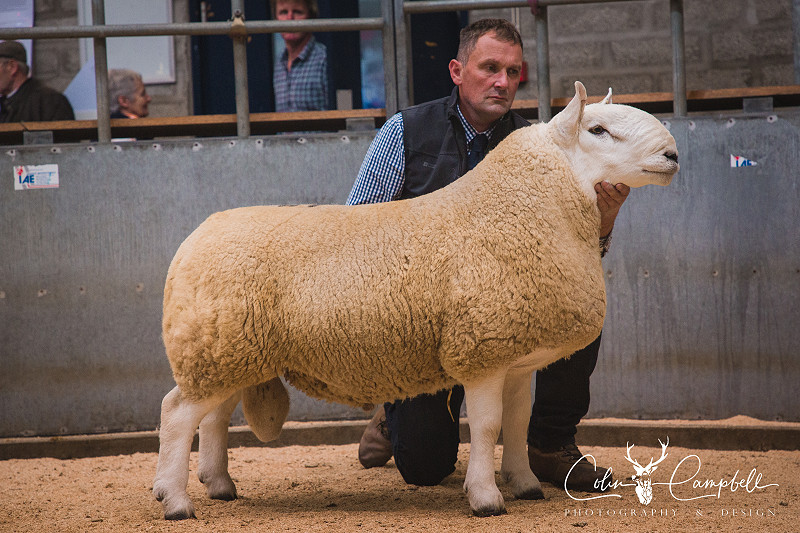 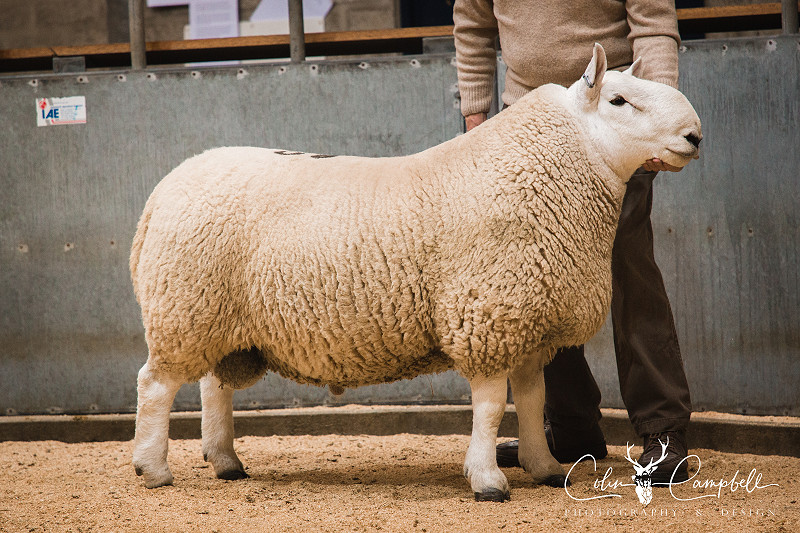 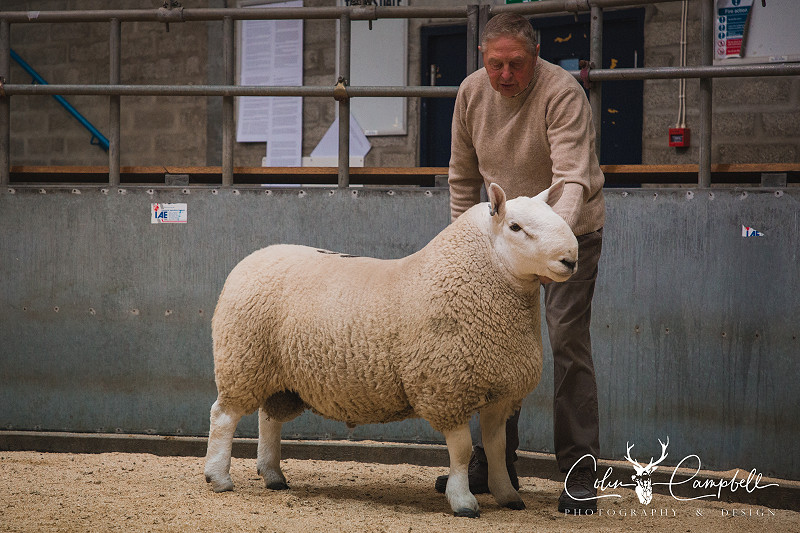 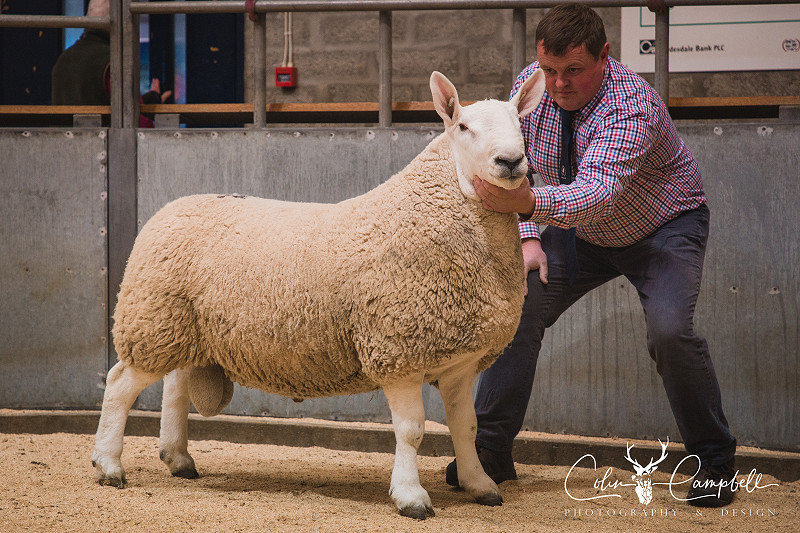 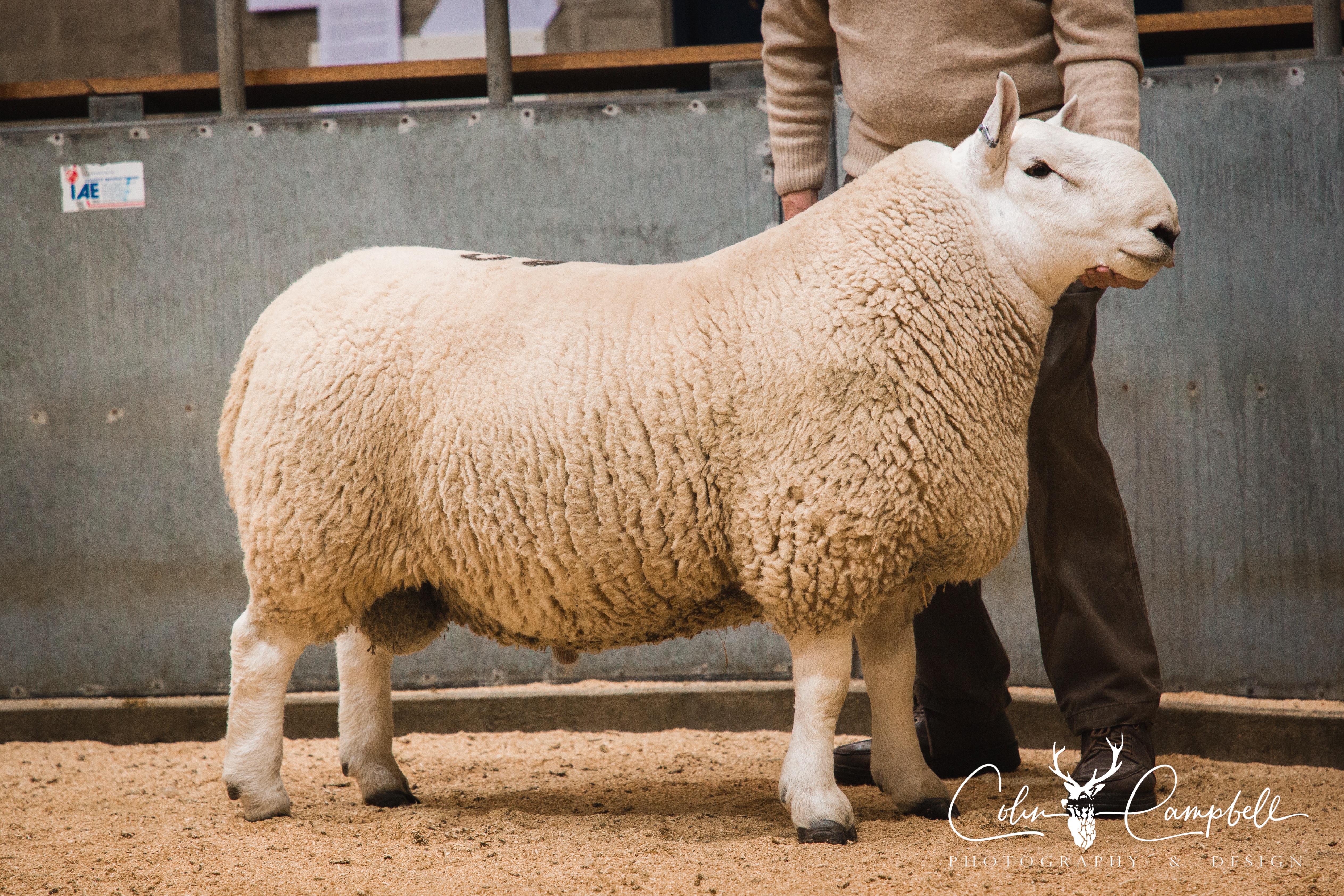