The Annual Show & Sale of In-Lamb Ewes & Hoggs was held at Lockerbie Auction on Saturday 9th February 2019, the sale achieved a new world record price for a North Country Cheviot Female of £4500 for a ewe hogg from the Hownam Grange home of W & J Thomson, a Synton Vanish sired hogg out of a homebred ewe by Gilston 11532, she stood reserve champion in the pre-sale show which was judged this year by Mr David Beech, Ormerley & was bought by Mr James Burton, Ilamtops, Derbyshire.

The show Champion was a Wester Rocket sired Gimmer from CR Graham, Carruthers, sold in to Hilltop Windsor & was purchased by the judge for £1000, a ewe hogg sired by Philphaugh Tam O Shanter from the same pen also sold for £1000, again to Mr David Beech, Ormerley.
A Kinaldy Gimmer from G Milne who had stood 2nd in her class was purchased by Alan Cowens, Philiphaugh for £1800.

1st prize Hill was a Gimmer from Kelsocleugh Farming sired by Elsdonburn Mastermind & in lamb to Hownam Grange Windy Gale, she was purchased by Mr S Robinson, Sykes for £600.

The flock dispersal of Mrs Jane Jackson’s Ericstane flock reached a top price of £2000 for a ewe hogg which sold to Mr R McCulloch, Overhill & a Gimmer at £1800 going to the same purchaser. 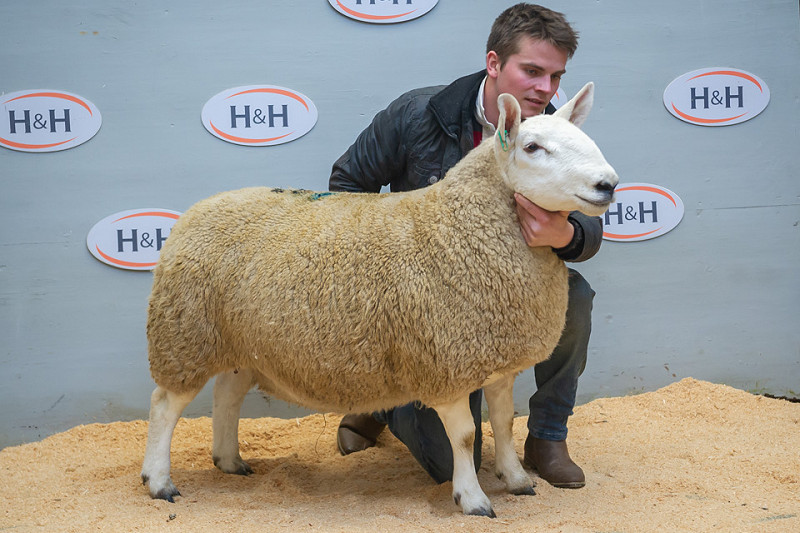 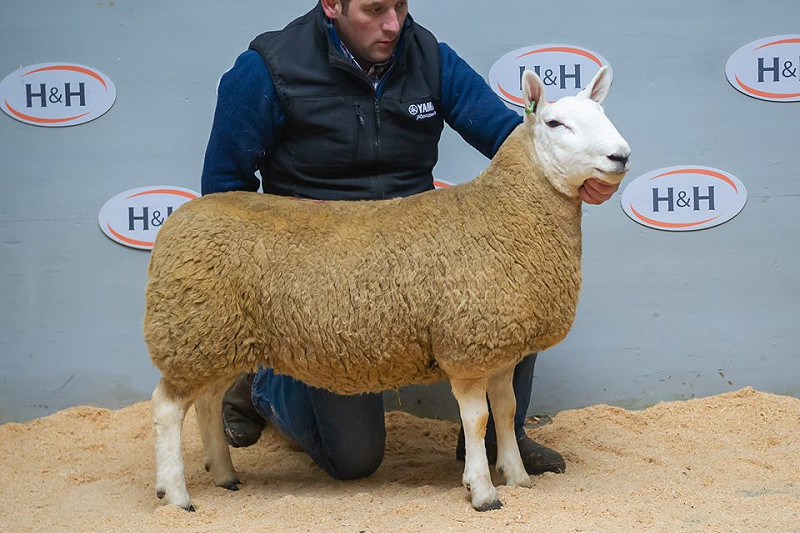