A tremendous entry of over 300 North Country Cheviots & 140 Cheviot first crosses, clearly shows the increasing popularity for the breed in recent years, with demand for use both breeding pure & commercially as many realise the benefits of the Northie as a terminal & materal option.

The Pre-sale show was kindly judged by Mr David Beech, Ormerley, his champion in the Park section coming from the Kilvaddy pen of A & P McNeill - a homebred gimmer sired by Synton Vagabond she later sold for 840gns (£882), taking reserve champion was a shearling ram from Norman Robinson's Benrafton flock - Benrafton Bullseye sired by Humbleheaugh Xtra Special, selling at 1410gns (£1480.50).

Samual Miskelly, Lisbreen was awarded the Champion ticket in the Hill section for his gimmer sired by Hownam Grange Villager going on to sell for 180gns (£189), reserve champion went to Messrs Kelly, Crockataggart she sold for 280gns (£294). 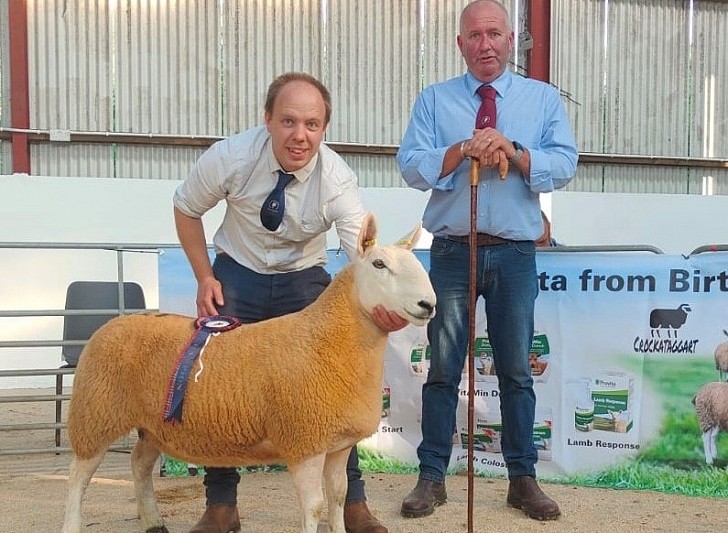